The Big BAM (Bike Across Missouri) is coming through Monroe and Ralls counties on Thursday, June 15, bringing cyclists from all over the nation to our area. In conjunction with the Big BAM, there are events for locals to enjoy and take part in as well. After leaving Moberly on Thursday morning, June 15, the cyclists will begin the journey to Mark Twain Lake.

Numerous stops along the route will highlight the Mark Twain Lake region. Stops include the Union Covered Bridge, City of Paris and the Monroe County Courthouse, Mark Twain State Park and Shrine in historic Florida, and historic downtown Perry. After leaving Perry, the cyclists will finish the day at the Jack Briscoe Group Camp just south of the M.W. Boudreaux Visitors Center at Mark Twain Lake.

Cyclists and lake area residents will be able to enjoy activities scheduled from mid-day until 11 p.m. Cave Hollow Winery will feature Wine Tasting at the M.W. Boudreaux Visitors Center from 12:00 p.m. to 4 p.m. Food vendors and the beer garden will open at the Warren G. See South Spillway below Clarence Cannon Dam at 3 p.m. Also at 3 p.m., the Matt Roberts Blues Band will play on the main stage, presented by Hannibal Regional. At 6 p.m., the opening act, Rose Ridge Band, will perform, followed by the headliner, the Kay Brothers. Grounds will close at 11 p.m.

Everyone is invited to attend the event, there is no admission fee. Concert goers are encouraged to bring lawn chairs.

The event is locally sponsored by the Mark Twain Lake Chamber of Commerce, Hannibal Regional, Chariton Valley, RCSBank, and ExploreMarkTwainLake.com. 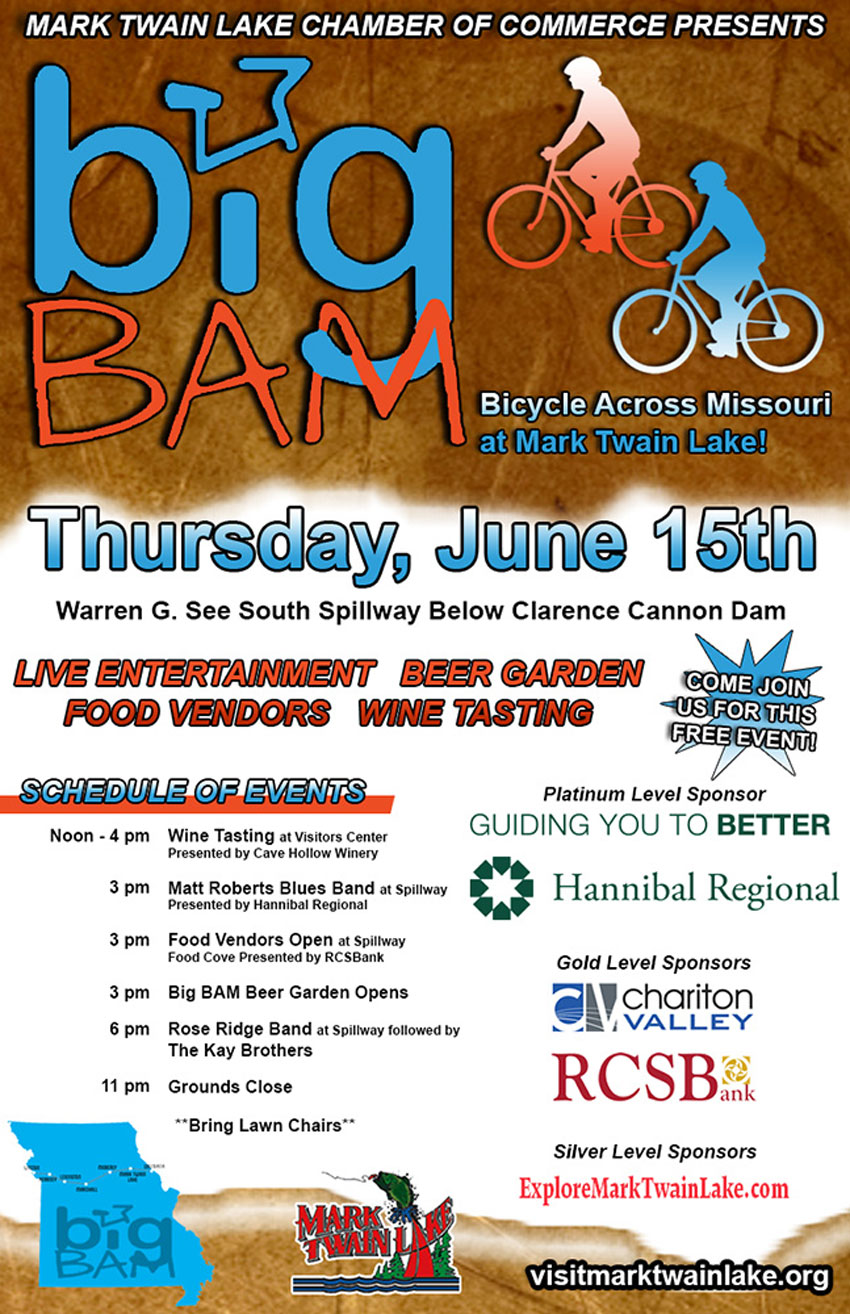