Read Lake and Fishing Reports from the Missouri Department of Conservation and South Fork Resort.

From the
Missouri Department of Conservation
(Reported on 4/10/18)

Lake level is 607.58ft (606 is normal) and dropping; water is dingy from recent rain and snow runoff; temperature is cool for this time of year between 45-49 degrees depending on where you are on the lake; blue catfish are good on shad fish; crappie are picking up but are still fair for the time of season; all other species are slow.

Lake level is at 607. Water temp is mid 40’s even up to 50 in a few spots. Water is stained but not muddy. It would appear like the Corp is generating every morning so as long as they are in that mode I would concentrate on afternoon fishing. That has the added benefit of being warmer as well. We had a pretty good early spring bite and it would appear we are now in the transition from that to prespawn. If history repeats itself we are about 3 weeks away from spawn time. We seem to be a little later with water temps than normal so that could put the spawn a bit later than normal, but who knows. Three is a lot of time for warm temps to get that water up to the right temps. There haven’t been a lot of fishermen out with the recent cold nasty weather but we keep hearing people are seeing a ton of fish on their electronics but are having trouble getting them to bite. That will improve as we warm up. With turkey season starting on Monday and still no big mushroom crop it looks like there is a good chance for some of those trifecta days where you can hunt turkey in the morning, pick a meal of shrooms, and follow that up with some good crappie fishing. We can hardly wait. 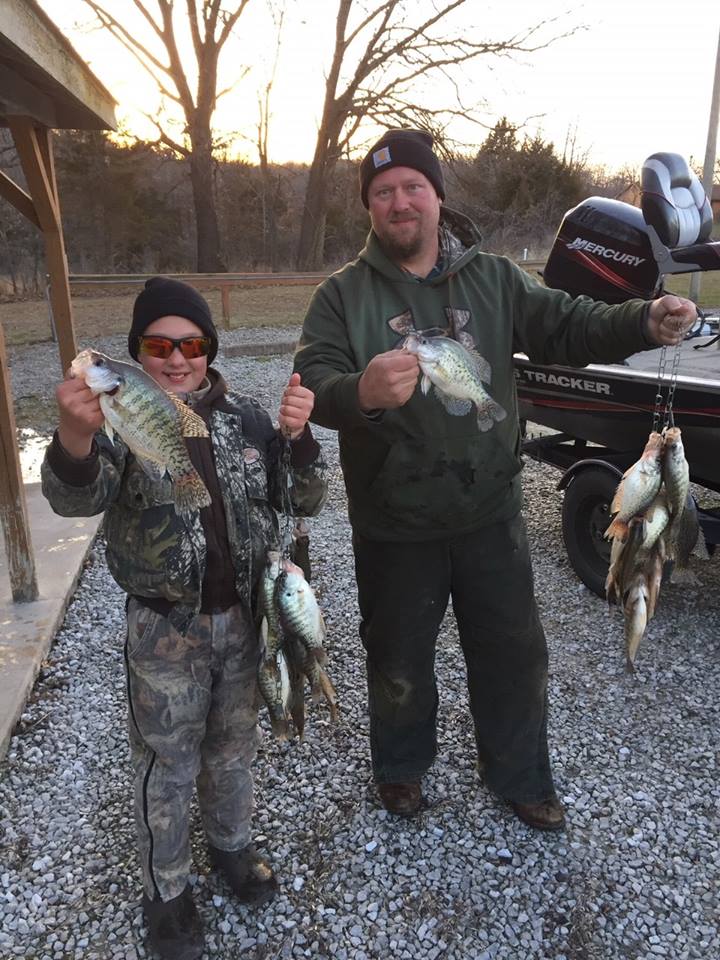