From the
Missouri Department of Conservation
(Reported on 5/22/18)

Lake level is at 606.04ft.; lake is at normal pool and warming; surface temps are between 69-74 degrees depending on where you are on the lake; water is still dingy form the rains we had received; catfish are good on shad bait; crappie are good and have moved off of the banks; crappie are biting on minnows and jigs; largemouth bass are good on crankbaits and soft plastics; white bass are starting to bite and are on the points and mounds of the lake; all other species are slow.

CRAPPIE: A bit more scattered than they were. Some are still in spawning mode, while others are out in deeper water. I even heard of one guy was fishing in 30 FOW and catching some nice ones at 6′ down. He caught a 2 pounder and some others about 12″ out there. Pink, chartreuse, and black all seem to be working. Miinnows and/or nibbles will also help.

BASS: The largemouth seem to be getting pretty hot right now as they move into spawning mode. You can catch them at the bank or staging just out a bit. We are hearing of a few white bass as well. They should be showing up around the islands and underwater humps here very soon.

CATFISH: A good mix of flatheads and blues are being caught now. Lots in the 30 to 40 pound range. Perch, goldfish, or shad seem to be the ticket right now.

NOTES: Have a safe Memorial Day weekend. Remember to be watchful for all the boaters out there. Be courteous both on the lake and at the ramps.

Bass report: Took my 12 year old bass fishing up at twain today. Had a good time. Didn’t get to fish too hard so I didn’t explore much. Fished the lower end of the lake from the dam to Indians. Shad are spawning. Had several being very inappropriate with my buzzbait and spinnerbait lol. Water temps were in the low 80s in the afternoon and most of the water was dingy. 12″ of visibility at the most in some places and less than that in most.

Found bass in all three phases. Caught maybe 20 fish and had five good keepers. Biggest was 3.5. Found two fish on beds and caught a male on one. On the other the female kept picking it up and dropping it off the nest. Caught a few females in coves with eggs but they were deeper and on transitional stuff. Also found several areas with post spawn fish grouped up. Mostly on peagravel banks near the mouths of coves. Small fish on the bank and bigger fish out deeper. But it had to be on peagravel. Caught five on one spot and four on another. Had several spots that we would catch one or two and get several bites as well.

I fished summer time stuff and saw a few fish on the down imaging but couldn’t get any to bite. There wasn’t very many at all but there were a few. Just not ready yet.

Threw the top water a lot thinking that would be the ticket. I threw the buzzbait, whopper plopper and a spook and had no fish. Threw the crankbaits today and no fish. Caught our fish on jigs and worms. My son caught his on a swim jig and did pretty good with it. He just couldn’t figure that dragging it thing 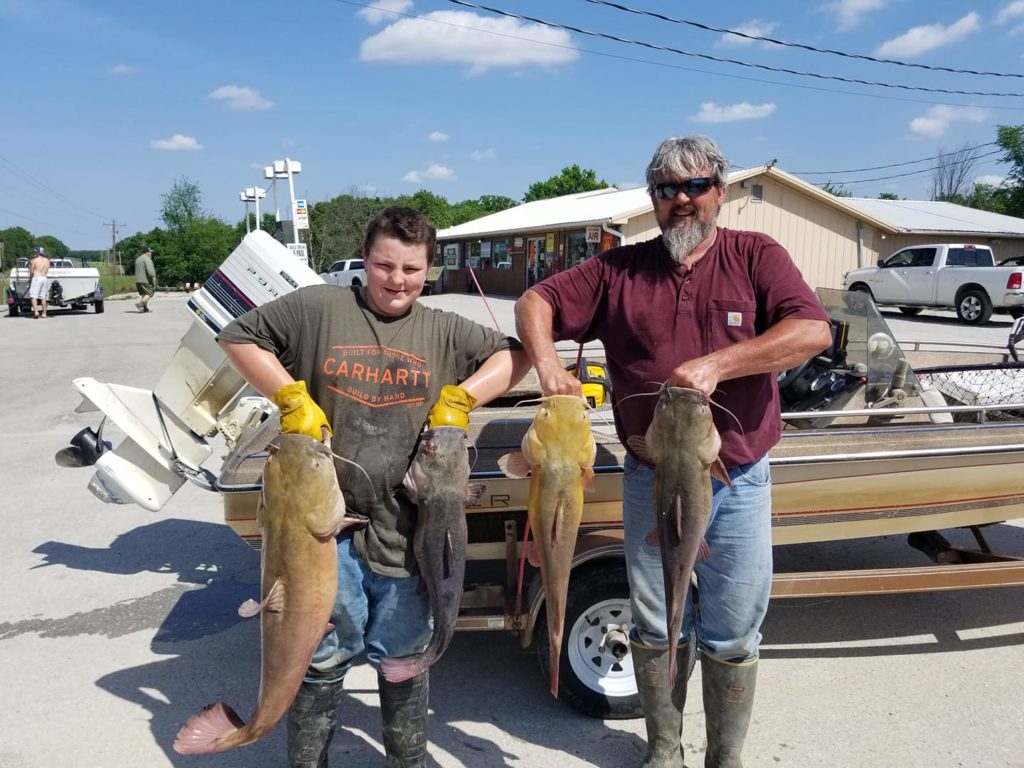